Madikeri as a city is some six hours drive from Bangalore and can be accessed through Mysore or through Channarayapatna. It can also be accessed from Magadi but no full fledged road exists it appears to me. The climatic conditions in Madikeri is that it is colder and resembles in appearance to Ooty.

The entire town of Madikeri which was called Mercara by the English seems to have evolved around a Fort built atop one of the hills. The unique feature of Madikeri is that it could be called as a Station of Hills as against a hill-station because the entire land scape is a series of hills and valleys with steep slopes and risings. Buses to places like Puttur and Sulya not to mention Mangalore ply via this city. The Historical greatness of this city is that it has provided distinguished soldiers of all ranks to the Indian armed forces since time immemorial.. the statues of some of these eminent men adorn the city. 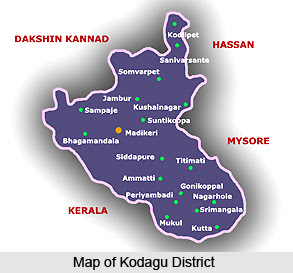 There are many tourist spots around this place and the people are very well behaved an important aspect of this town.

Posted by SUBASH NAMBIAR at 4:50 AM