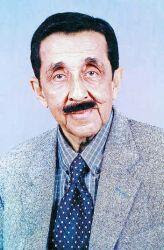 Little would people realize when they motor on the Hosur road in Bangalore that a key architect and personality behind NIMHANS .....National Institute of  Mental Health and Nuero Sciences is a man of Royal lineage from Mavelikkara in Kerala and with affiliation to the Travancore Royal Family and an FRCS surgeon. I did not know this though I had visited the offices of NIMHANS in some connection. It is likely he was tutored in surgery by K C Nambiar or his brother-in-law P C Nambiar....K C Nambiar being a Dean of the Stanley Medical College in Madras Chennai. It is also possible some other family connections exist as the wife of K C Nambiar Tara is the daughter of  Rama Varma ,,,the Raja of Chirrakal...This is a possibility and the facts have to be assessed.

Dr. Marthanda Varma is basically a nuero-surgeon and is known for 'Varmas technique" for Parkinsons disease. For many years he has rendered selfless service to NIMHANS.