AGRI BUSINESS MANAGEMENT...WHAT IS IT?

Agriculture and Plantations form an important component of human life and is the input to all human life...largely not cared of by humanity in the day to day affair of life.Much of what we see and consume and use are all products of Agriculture of some kind. Agriculture is the life-line of life and the existence of the world.

and so on and so forth. Agriculture by itself is a natural process..using sunlight and ingredients of the soil the Earth produces by default purposeful products for human consumption transferring by and large waste matter into useful products.

It would be worthwhile to note the way Agriculture has progressed over the centuries. The earliest forms of agriculture probably had zero scientific basis and at the same time was limited in the variety that was grown, possibly the efficiency of Agriculture was much lesser but since the population was also limited the efficiency of those times did suffice the demand conditions. In the formal country context as we see today Agriculture has undergone an uncertain and to some extent an unpredictable progression more so during the last century or more. Take a look at the Agricultural GDP of countries there is a trajectory of wane in some countries and ain some a major component of GDP is agriculture. This can be attributed to Globalisation and the ease with which travel and movement of goods has been simplified by technology.

What is the most important concern of Agriculture of today..A growing global population with specific kinds of food demands and also the dependence of livestock farming on agriculture per se and also the diminishing land masses used for agriculture the prime reason being the land being diverted for housing and Industrialization.. None the less Agriculture has morphed itself over the last century and even morphed itself more intensely over the past few decades ...thanks to the growth of the internet and communication technologies.

Over the last century Industrialization has both dwarfed and morphed Agriculture. Dwarfed because  Industrialization got all the attention and even food becomes an industry and the large scale growth of Animal foods in many countries and add to that fishing. Morphed because for the first time Industrial thinking began to make in-roads into Agricultural precepts and procedures..for example the increasing use of Automation.


The English and their ways around the World saw large scale plantations grow at various pockets around the world.They brought in a new form of Agriculture through Plantations which exist even today and gave it professional moorings and orientations and a corporate culture.Plantations and operations of Tea, Coffee, Tobacco and many such produce which were closely monitored and run in business style and the earliest form of Agricultural Business Management. Possibly they saw diminishing marginal returns from their plantations and sought means to overcome it. Textile mills to cigarette companies to coffee curing to tea processing...name it ..the English had them all..and add to it the clamour to find suitable staffing at these sites created a new world order which we even see to this day with changes in the demographics and population movements across the globe.The same principles were adopted by the Americans post the World wars to streamline their own Agricultural systems.

In the modern day world as we see it which is globalized on the information front it would be nice to see the way in which agricultural GDP varies within and among countries. The effects of Globalization is yet to have its full fledged influence on Agriculture. The  present GDP contribution of Agriculture is some 20 % in India which would be some 0.4 trillion dollars which is in the year 2014 and note that some five years ago it was 18% and ten years ago some 30%..see the fluctuation.A country like china has nearly 2 trillion dollars of Agricultural GDP some 9% of its overall GDP, the USA has some 1% of its total GDP from Agriculture, Russia some 2% of its 2 trillion dollar GDP from Agriculture. It would be worthwhile to mull over these figures and most of the African countries have GDP contribution of more than 25% from Agriculture.  Every country shows a distinctive pattern and the pattern in under push and pull from forces of World economy. 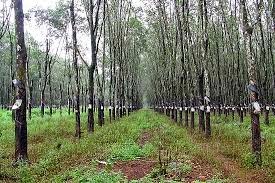 In the generic view-point Agriculture had lost its significance to Industrialization and Industrialization giving way to the service and knowledge economies and each of these economies having their own rhythms. Note the beauty of the situation; the problems of the Industrial economy have taught humanity to organize large-scale manufacturing and more precisely the principles of managing supply chains and inventory and even the area of Quality Control  and these principles were magnified in the Service economy that followed and note that all these learning that are handy are today being applied into agriculture..what a synergy of forces. Industrial Agriculture which would form the overall basis of Agriculture Business Management is the applications of the principles of Industry to the overall realm of Agriculture of today and is poised to see the growth of efficiency of World agriculture like never before.


What is Agri Business Management ? Is there something of that kind ?  (I would like to hasten to add that forest lands could be used for Agricultural purposes both formally and informally in the future.This could be a trend in agriculture.) Agri Business Management is what an Agri Entrepreneur would be involved with. Agricultural Business Management is the purchase of Arable land...doing Market research on what should be grown...planting and monitoring plant progress....harvesting the crop and using supply chains to market the product for a reasonable Return On Investment. This is the first step in the direction of Industrialized Agriculture. This means Agri enthusiasts and Entrepreneurs would be on the look out for buyble and arable land around the world on a Global basis.

The above could be termed as Question Mark Agriculture...and is the need of the hour. We need to try new forms of such Agriculture and such agriculture is spurred by the modern growth of Retailing around the world and Agricultural produce branding and add to that the Economies of scale arising from larger geographical spreads of Agri markets and also for the ability of modern man to pay a larger premium for Agricultural produce and price reduction from the truncation on the levels of intermediaries and Channel members. 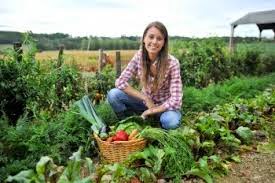 One of the major problems of Plantations in particular is providing the right form of Management..and managerial issues which need to be understood and internalized.Plantations of the world would become an Industry with many kinds of constraints in the future.Note the framework above..It is a managerial framework that tries to encompass in its entirety the various challenges of managerial issues.

Note that the basic problem in most agriculture and more so in Plantations is the management of Land ,Labour and Capital. They revolve around the managerial dimensions of Efficiency , Innovation, Quality and Responsiveness. Efficiency in the use of Land Labour and Capital; Innovation in the use of Land Labour and Capital and Quality in the use of the same. When we concentrate on the above we hit upon Finance, HR, Marketing and Systems and these managerial issues influence Strategic tactical and functional dimensions and at a day to day level it would be plan ,organize and staff etc. what a fantastic model which would be relevant to all forms of Agriculture around the World.The model describes the organizational and running aspects of Agriculture.

The Plantations created around the World were managed well by the English and they had various such frame-works.They had central Corporate offices which controlled the work in plantations nearly two centuries ago and the same model duplicated in my view by the Americans who built for themselves large functional Agricultural platforms.


Please note the basic components of the Global food industry and their global reach and dynamics and there is the role of plantations and plantation management in most of these major sectors and each of the forms of plantations posing a specific kind of challenge.

Note the Economic reach of Agriculture..from local markets..to domestic and non-domestic markets....to export markets.....and Global and transnational markets.Many of the above product classes fall into one of these domains and each of these domains have grown over the years and progressed in some fashion. A simple chocolate industry might have been a local one some hundred years ago but has grown into transnational proportions with time.
Posted by SUBASH NAMBIAR at 1:03 AM