The city of Bangalore as it is seen today has colonial roots similar to many cities within the country and also few other cities in the world that has a colonial history which means that the foundations of the city are very much at par with key cities of the World but oriented with time in different ways and mannerisms. Bangalore will have striking similarities with Edinburg . Glagow , London and even cities in the American continent the foundations of which were largely English.

Any motorist who visits the town or travels through it rarely imbibes the heritage around which the city is built and structured. The city has undergone transformations at various levels more so with the rampant growth of technology and investments from many sectors.

There are many people and possibly administrators who fashioned this city and whose names appear off and on in some forums and formats. Should we forget these administrators or individuals...need not be so....at the bosom of the City is the subtle contribution in forms both tangible and otherwise of
these persona which provides an aroma to this vast changing landscape which is increasingly merging with the Global village the World is turning out to be today.

Let me list some of these persons and try to see in what context their names are etched in this town so that we become entirely absorbed about the vastness of the history around which this city and continent is built. 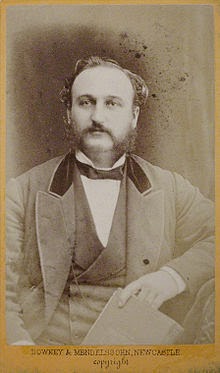 Richard Hieram Sankey   1829 - 1908  was a civil engineer of the Madras royal Engineers and an Irish man by birth and served as Chief engineer of Mysore. Before he made the Sankey tank near Bangalore he designed and built the High Court Building in the city and also some adjoining Buildings. He has also something to do with the existence of Marina beach in Madras and also served in Nagpur. During this time in Bangalore Bowring must have been the commissioner of Mysore at Bangalore a honourable post which directly reported to the Viceroy and had the role of monitoring affairs in this part of the world. The administrative affairs of the city around this time was conducted from the old   Tippu palace seen near city market and the need for full fledged offices leading to the construction of the modern high court building now seen opposite Vidhana Soudha. The Sankey tank was created later to solve water problems of the town.The tank primarily supplied water to the adjacent feilds for crops to prevent famine. This Sankey is not to be confused with the Sankey who is credited with the Sankey diagram and a mechanical engineer.High court building was earlier called attara kacheri meaning eighteen offices. 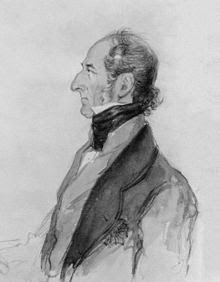 Portrait of Sir Mark Cubbon  Commissioner of Bangalore 1834 to 1860

Cubbon Park  , Cubbon Road  and Cubbon Pet are named after this man who came to Bangalore as its first Commissioner in 1834 and made far reaching changes especially the railway line to Jolarpettai and various bridges that were made along the railway line and the Stations. It was his idea to convert the vast stretch of land from Bangalore Pete the modern K R Market to the modern Raj Bhavan into a wooded park the Cubbon Park that came into existence in a full fledged way in 1870. The commissioner of Bangalore had a primary responsibility of regulating the Mysore government  and the relations between the local administrators and the royal family at Mysore faced challenges from time to time.In 1859 it was decided to handover the English administration of Mysore to the Governor General of Madras presidency challenging an established administrative procedure which Cubbon resented and the order was withdrawn but Cubbon was bent on reaching his home country but died in 1861 in Egypt on his  way to England.

A very important road in Bangalore is the Wheeler Road and not many know that the road is named after General Wheeler who died in June 1857 in the Sepoy mutiny in Kanpur. Wheeler had an Indian wife. The Ulsoor lake is an epicenter of English activity in Bangalore as the Madras Sappers later called the Madras Engineering group is head-quartered there. Madras sappers originally formed in 1782 in madras moved into Bangaloe in the early 1800's and had the role of assisting the infantry in warfare and General W H Wheeler  possibly William Hugh Measly Wheeler belonged to the Madras Sappers and the Wheeler road almost connects the Ulsoor lake to Fraser town ...this key road along the lake being named in memory of one of its general's. 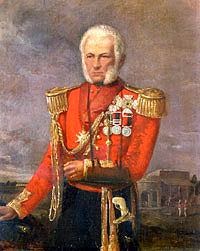 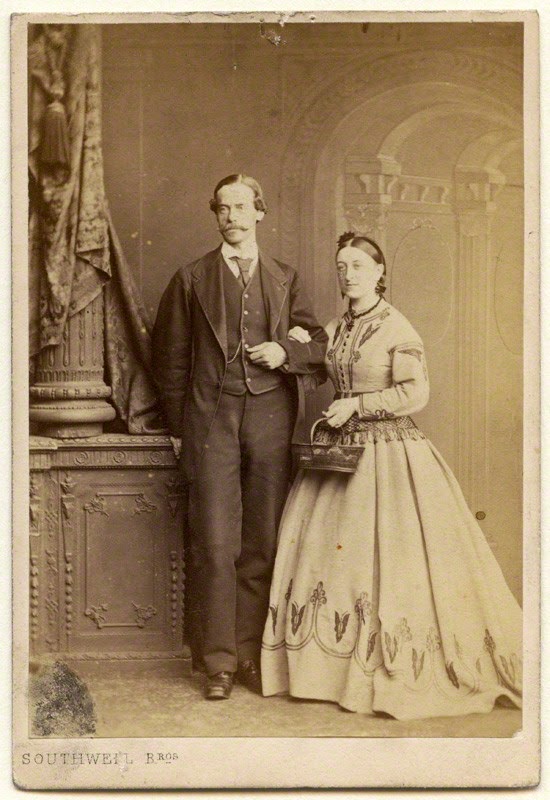 Lewin Lentham Bowring was commissioner of Mysore from 1861 to 1870 though a short period saw the construction of the high court. Two institutions bear the name of Bowring....the Bowring and Lady Curzon hospital which was originally Bowring hospital inaugurated by Bowring himself and built in French hospital design and later another wing possibly for fe-males being created and the hospital gets he name Bowring and Lady Curzon hospital. There another place called Bowring Institute which bears his name. Though I have seen Bowring institute but have not visited it and, will write something more on doing so. Bowring is credited for purchasing th modern Raj Bhavan for 32,000 rupees in an auction or else it would have fallen into private hands. Meade is acting Commissioner of Mysore after Bowring.


The Dickenson road of Bangalore starts at the end of the M G Road and extends upto the Dispensary road.This road appears to me as a link between the city of Bangalore and Wayanad  and has a bearing to the Pazhassi revolt called as Pychy revolt by the British. To avenge the hanging of Kannavath Sankaran Nambiar and his son by the  British East India company an attack is launched in the night of 11 October 1802 on the Garrison in Panamaram Wayanad which had some fifty soldiers headed by Dickenson who must have had the rank of Major and also some affiliation with the Madras Sappers. All the fifty solders are dead at the end of the ambush and some five of the invaders but Dickenson lost his life too. This road in Bangalore must be one of the earliest roads to be named after an Englishman soldier deceased in action. In all probability Dickenson must have distinguished himself as a soldier and must have also taken part in the operations against Tippu Sultan in 1799 in the fourth Mysore war. 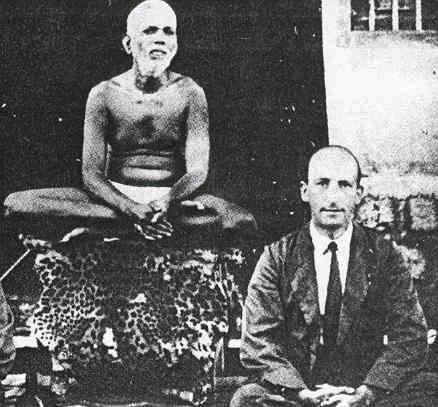 Raphael Hurst was the actual name of Paul Brunton on whose name Brunton road is named some kind of an alley connecting the M G Road and the Richmond Road..born in 1898 and lived up to 1981..served in the military in the first world war but became a mystic thereafter. It is likely that he influenced the creation of Ramana Maharshi park near Mekhri circle. You see some mammoth Victorian style villas on Brunton Road.


The Cunningham road in Bangalore is named after Francis Cunningham and had two of his brothers also in the service of the English government. He helped shape lalbagh as it is today probably in expanding its area. He was a powerful man serving as a deputy to Mark Cubbon and appears to be of Scottish descent. He also helped in refurbishing the guest house seen above the Nandi Hills. All the Cunningham brothers seem to be positively disposed to justice and had a pro-Indian orientation. Francis Cunningham was for returning power to the Mysore royal family who were depraved of power for nearly fifty years and power being restored to them in 1881. On the exit of Cubbon Francis Cunningham also releived himself of official duties and stayed on in Bangalore possibly in one of the houses on modern day Cunningham road itself. I think if there is any road in Bangalore which should retain its English name for ever it would be Cunnungham road a tribute for a man who strived for the cause of Mysore. 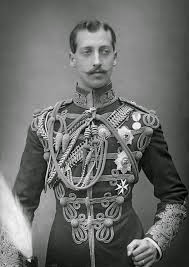 
Not many know about Kalasipalyam near the city Market and to observe that one of its roads is named after english royalty is even more enthusing. Palyam means a fort and many cities in India have this word palayam attached to its places and Kalasipalyam is one such place in Bangalore and probably the only place. The entire part of Kalasipalyam was possibly within the Mysore kingdom and had more of regional orientations. Vani Vilas Hospital  and Minto eye hospital are institutions of yore and Kalasipalyam developed into a major city hub for patients looking for treatment more so as a de facto bus stop and station what it was and what it has become on a larger scale today. In 1882 the english hand over control of the Mysore kingdom to the Mysore kings and Prince Albert Victor visited Mysore kingdom and Bangalore in 1889 and the Mysore royal family must have gone overboard to please him. The prince visited Lalbagh and it was decided to name a road fairly long one from one end of Lalbagh to the modern Bangalore medical college as Albert Victor Road. This is my gut feel and Albert Victor road of today is technically a small stretch on this long stretch.

Lavelle Road of today is called Subbaraju Road and originally referred to Michael lavelle an Irish soldier in the English Army. Michael Lavelle could be truly called a man of Gold as KGF would not have come into existence had it not been for his pursuit. Lavelle used to stay on the Lavelle road himself and was a wealthy man from trading his rights of mining in KGF. On visiting New Zealand on official duties he understood the mining activity and on being told on return about some mining activity that existed earlier performed studies around modern day Kolar Gold Fields and found that coal and Gold existed in the depths in adequate quantity.He did receive licences to mine gold and thereafter as he could not handle the activity alone sold the rights to a more statutory set up. Lavelle became rich as a result and had owned a large patch of land on the present Lavelle road which was named after him.

John Cameron was an enthusiastic and a key character who was the head of the Lalbagh gardens for a sizeable time upto 1908..it saw the creation of the Glass house..also called the crystal palace possibly erected to honour Prince Albet Victor and also expanding the overall size of the park to accommodate additional plants and was an enthusiastic horticulturist who also mainted good relations with the villagers around that time. He was a very intelligent man and vivacious in disposition and his self less enthusiasm deserves praise. He also was responsible in creating the Govt museum seen on Kasturbha road..but plants were his life.He gives control of the park to Gustav H K whose photo is seen below and another eminent horticulturist who even went into designing the vaious avenues of the town. 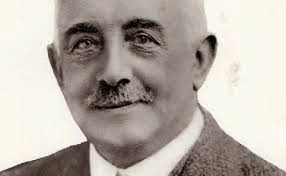 Gustav Hermann Krumbiegel a horticulturist responsible for the greenery of Bangalore basically a german who helped the English administration.He died in 1956 and is buried in the city...


I can go on and on.......Thomas Austin a bureacrat who was also the Dewan of Travancore on whose name Austin town is named....Fraser on whose name Fraser town is named was a royal tutor and possibly was the inspiration for the many schools in the Cantonment area ..Kensinton..Cook..Cox...Coles are all names seen in Bangalore and must be associated with some people whose history must be in some archives..but these are the  many who helped design this city and please note that BBMP also designs modern day townships around the city around the etches provided by these administrators who had a hidden love for this city and had a largesse to hand over in tact to the future and it is but responsible that as we understand and use this city we don't forget the passion around which these people possibly developed this town a basis around which its present and future glory rests.