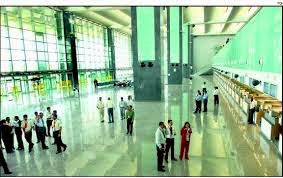 Bangalore as a city has a supposedly world class Airport. for many long years the Old Bangalore Airport was called a third-class Airport by the world media and the problem has been largely redeemed by the new Airport which is World class or in a class of its own. This Airport must have commenced full fledged service some five years ago say in 2009 or so. The date may not be perfect..but the reality of the new Airport commenced from around this time.

Bangalore as a city has Aviation history in the HAL which was an Aircraft servicing unit of  Hirachand Walchand and note that the old Bangalore Airport was an airstrip used by the British in World War II especially to bring in POW   prisoners of war from various pockets of the World. These prisoners were housed in the many barracks around the city largely in the K R Puram area of the city and one such places was the Gheecenter where the Khadi Udyog Board operates near the FCI go-downs close to Tin Factory bus stop on Old Madras Road.Most of the prisoners were Italians and possibly another barrack was in the lawns in front of the Main gate of Indian Telephone Industries but many of these structures have been demolished as the new world order took over. The remnants of many such structures could be seen in the 1970's. The prisoners could be fed well in these cities like Bangalore and the cost of doing so would be very less as supplies of various kinds were abundant here within and immediately around the British Cantonment.

The reason why I gave the above description was that..a small time runway becomes a full fledged airport of the city and for nearly five decades handled the Air travel into the city...The old Bangalore Airport. With time the number of planes increased and so did the traffic..there was more demand for International travel..and the roads leading to the Old airport was a perennial stretch of anxiety and uncertainty  leading to an outcry of a global kind leading to the facilitation of the new airport at Devanahalli.

It is an International consortim that built the BIA which I just visited once to date..during its construction I had met Albert Brunner its MD at a party one evening a gentleman from Switzerland overseeing the construction of the new Airport.He told me that both German and the Swiss language is spoken in Switzerland which I did not know hither-to. 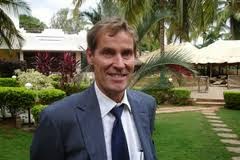 On visiting the new BIA  I found it acceptable in design and an largely replicated version of the old Airport operating from a much larger area or land mass. Bangalore as a city may not be categorized as a major transit point in World air routes like London or Singapore and would have limited air needs largely for local travel and as a origin of planes for International destinations.

On an average it could be stated that the Airport is some 30 kms from various strategic points of the city which must be addressed through dedicated trains to the Airport which would become a reality any time considering the expansion of metro network in the town. Somekind of a bangalore Aero district would take shape from Devanahalli to Majestic to Hoskote and back. as of now there are two routes to the Airport the one through Yelahanka and one through Budigere cross near Hoskote. The shortest route to the Airport could be through the roads behind Ramamurthy nagar..but a full fledged road does not exist  needing to circumvent.

May the connectivity to the Airport improve even further through what ever means possible and this Airport should change the face of the city and its many other neighbouring towns.
Posted by SUBASH NAMBIAR at 11:33 AM