R S KRISHNASWAMY(RSK) AND MYSELF 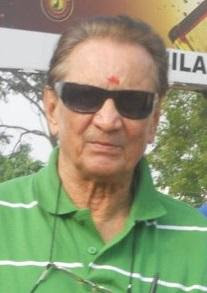 I met R S KRISHNASWAMY or RSK as he is known in the board room of MSRIM perhaps in the year 2004 or so for the first time where he was teaching Marketing and Gandhian Thoughts,subjects he used to teach in a spirited way and no sooner came to know he was a confidant and  friend of the children of  O K Nambiar and went to school together with them in Mysore.   He is the nephew of  R K LAKSHMAN the noted Cartoonist and is an alumnus of the National Institute of Engineering Mysore and a college mate of  the founder of Infosys Mr. Narayana Murthy. His son Chetan Krishnaswamy was on the advisory board of the Institute for some time.

Posted by SUBASH NAMBIAR at 5:40 AM