THE INTRIGUE ABOUT THE RIVERS OF BANGALORE 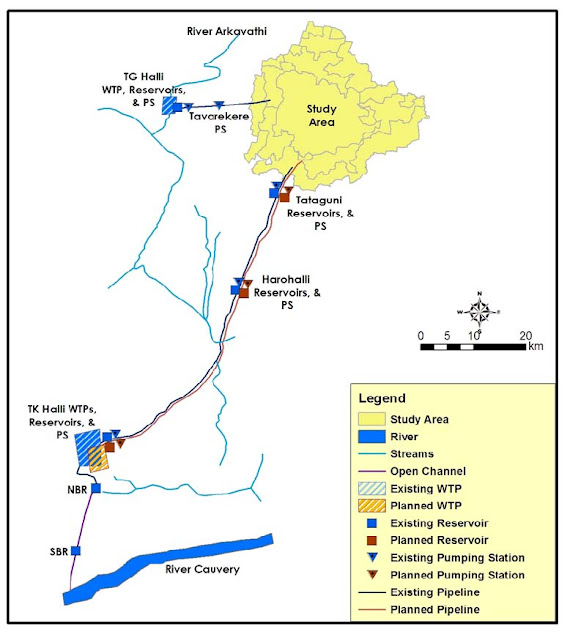 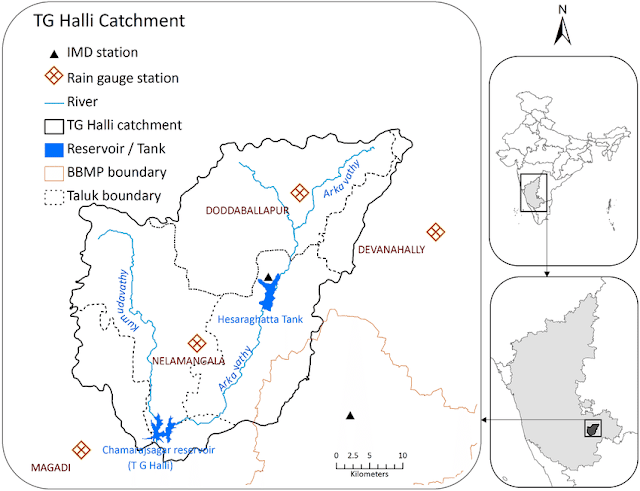 The rivers of Bangalore have always been intriguing and confusing to me and may be to many.It took me some time to understand them and I thought of passing this understanding to many who could even shed more light on it and I am prepared to review and re-position matters in the light of  additional inputs.

I have presented two maps above called Map 1 and Map2  which would serve as a reference and also the matters across these two maps would be corroborated.

One plain fact...Hills and Mountains create rivers and water bodies as they primarily serve as cachment for water and as water flows down through differentiated terrains they form lakes and the lakes collect and further feed the rivers.Lakes could be man made dams and also one that occurs naturally.One more fact...Bigger the mountain ..Bigger the river.

When we talk about the rivers in Bangalore..three names emerge..Arakavathy, Kumudavathy and Vrishabavathy. Do they all originate at the same place..the answer is a big NO.Arakavathy originates in the Nandi Hills ..two tributaries join together down stream from the hills and since the Nandi hills is a larger mountain produces a larger river and for all practical purposes the word Arakavathi some times takes into its fold all the three rivers.

The next important river is the Kumudavathy. Does it take its birth in the Nandi Hills..No..No..No..it takes its birth in the Shivaganga hills on the way to Tumkur..a smaller river than Arakavathy but both of them join together at the Tippagondanahalli Reservoir.

Please see Map 1 and Map2..You can see Tippagondanahalli Resorvoir at the top in Map 1 potentially away from the Bangalore central district as shown and the reservoir is shown more clearly in Map 2 at the bottom.

So far Arakavathy and Kumudavathy..which have been safely explained.What is Vrushabavathy?This river takes its birth from the various hillocks from within the city.Note in Map1 you can see a straight line jutting out of Bangalore ..this is Vrushabavathy which passes through various points of the city and has many feeders connecting to various lakes in the town and exits the city along side Mysore road to form a tank at Bidadi and the river flowing further yearning to meet Arakavathy near Kanakapura..and the combined Arakavathy joining the Cauvery which has its birth in the Western Ghats few kilometres before Mekadatu where it is supposed to form a shrewd one passing through passages in narrow hillocks.

The Gali Anjenaya Swamy temple which is a 600 year old  temple is on the banks of  Vrushabavathy on Mysore road few yards from the Satellite bus stand on Mysore road in the direction of Mysore and Car festival is conducted here every  year. 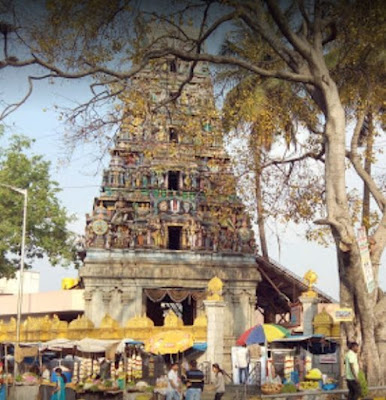 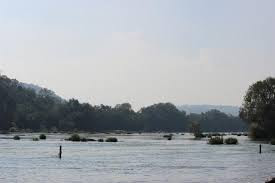 The above river shows the Sangam where Arakavathy and Cauvery merge and below is the tourist spot Mekadatu and note that it is within Karnataka state. Mekadatu literally means the jump of a Goat a word contributed by the local populace. 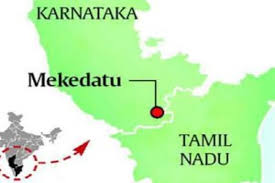 Posted by SUBASH NAMBIAR at 7:09 AM