Visiting Singapore can be an interesting experience..Singapore is a very important commercial hub with a busy Airport with flights to almost all destinations in the world and is a well organised country.Singapore is a very small country with a radius of may be 30 km and is an island with close proximity to Malaysia. 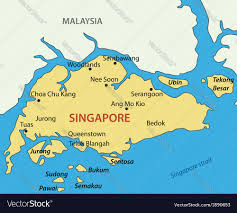 Most up-market Bangaloreans must have visited Singapore at least once and is some four hours flying time from Bangalore and is a pride of Asia as the city matches to the best and most sophisticated in any part of the World and is totally English speaking. 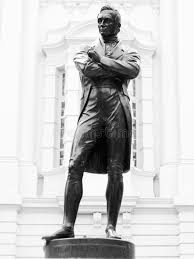 Singapore was a British colony for many years and is also called Raffles city in honour of Sir Stamford Raffles who laid the English foundations for the township after taking control of the city from its Malay rulers.Singapore comes from the word Singapura the land of the Lion and is also known in some quarters so.The coromandel coast of India had for long lasting and enduring ties with this island since time immemorial..Singapore was originally a forest land infested by wild animals and later becomes a fishing village and later a trading post for chinese tea passing through the Malacca strait and then an English colony and presently a dominant population of main land chinese who drifted into this island through the centuries with Indians and Malays. English,Mandarin,Malay and Tamil are spoken here.Singapore was called Temasek at an earlier time in history.

It must be stated without delay that Singapore has a good local transport bus system, a world standard MRT(Mass rapid transport) and also a formidable taxi system manned by disciplined personnel.Some of the budget hotels seen in this place are well designed and postured for any traveller with rooms oriented in small sizes with ingenuity and gives total comfort to a tourist.

Those keen on visiting Singapore could get their visa through some travel agent and visa sometimes requires proof of room booking in Singapore.Booking of rooms can be done on the internet and on setting foot at the Changi International airport taxi drivers would guide you to the hotel in no time.Most of the Taxi drivers are friendly and well behaved.I used to enjoy staying at the waiting Lounge of Changi International Airport all night for an early morning flight out of the city.Local Singaporeans are most of the time busy with their chores and may not be very friendly upfront.There are small and elegant restaurants in Singapore that serve clean food.
Posted by SUBASH NAMBIAR at 6:26 AM