Some 50 kilometers from Bangalore is a place called Magadi a prominent place with a fort and a temple and is a crucial spot to my observation with thick vegetation around which must have been some kind of a Forest centuries ago.

Magadi used to be the capital of the Gowda clan that ruled Bangalore and eventually settled at Magadi for historical and tactical reasons. The Wodeyars seem to have annexed this place into their control. The Fort is being repaired on modern lines by Governmental involvement.

I feel the place   Magadi has received less attention and prominence that it deserves; If we were to look at the map   Magadi must have become a key transit point and route for vehicles and people who vie to reach places like Coorg and yonder through the western ghats into Kerala and could have developed as a solid via-media into these districts. An Englishman by name Kenneth Anderson who lived in Whitefield and held a position in the modern day HAL has some bearing with this town around which he is believed to have hunted for Tigers in the thick jungles and this person has written couple of books on wildlife. 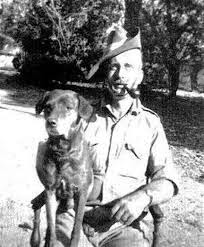 Yonder to Magadi are places like Rayasamudra , Banihole and even Madikeri, Virajpet and into cities of Kerala. In Magadi town there are few who know much about these towns mentioned above.

Let this place once the citadel of the valarous communities of Karnataka increase in significance and open more land routes of stature to improve the overall economy of the belt which extends from Ramanagaram to Chennarayapattana.